Tinker Board an instant hit at NTU Makerthon

The most well-known competition in Taiwan for students with an interest in software and hardware development, Make NTU Makerthon 2017, finished at the end of February. Its 24-hour challenge, hosted by National Taiwan University Department of Electrical Engineering (NTUEE) and Taipei City government, and this year’s event attracted more than 200 students from universities throughout Taiwan. Make NTU Makerthon 2017 saw seven companies partnering with the event . ASUS acted both as a partner and as a sponsor.

ASUS introduced our new Tinker Board as one of the platforms that students could use. The idea was to brainstorm innovation and technology applications with the best student makers in Taiwan while also providing them with the best possible platform, so that they could turn their ideas into reality. 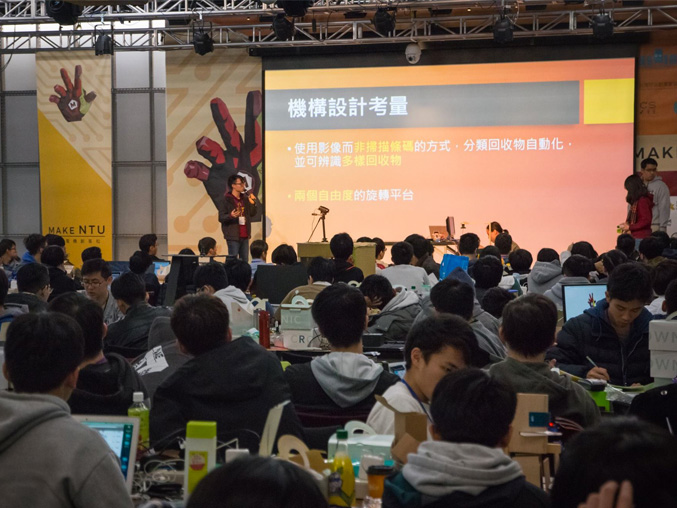 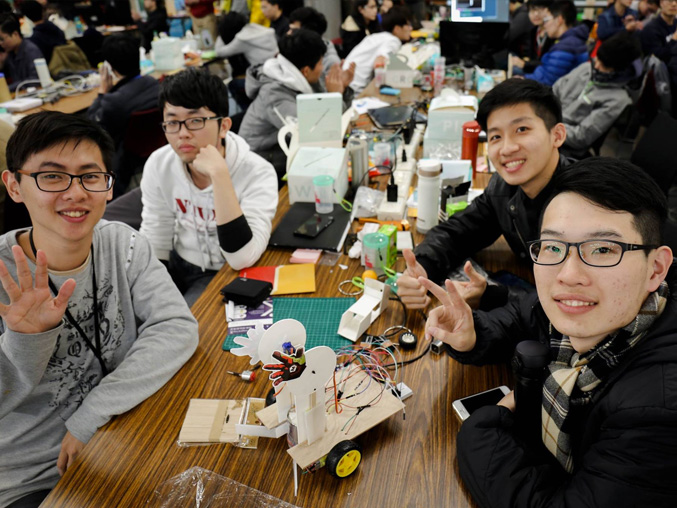 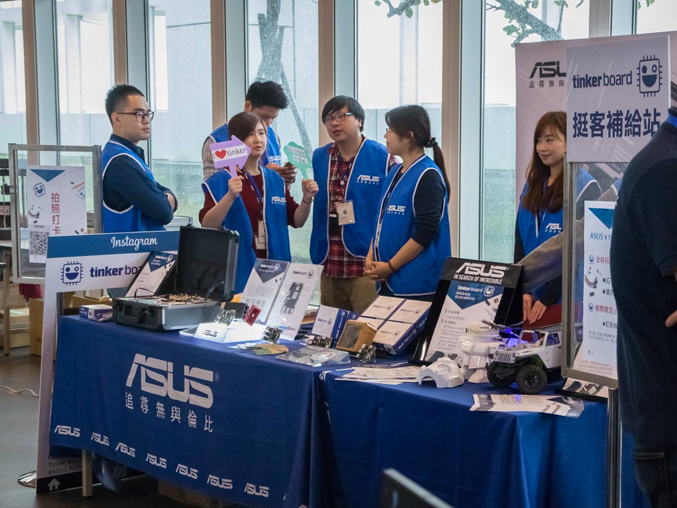 ASUS didn’t only promote creativity — we also set up a booth to offer immediate hardware and software support, for issues related to Tinker Board, during the two days of the makerthon. We invited a senior engineer and maker to support the participants. A variety of ASUS products, such as the keyboards, mouse and monitors, were available to students so that they could solely concentrate on developing their builds.

ASUS introduced our new Tinker Board as one of the platforms that students could use. The idea was to brainstorm innovation and technology applications with the best student makers in Taiwan while also providing them with the best possible platform, so that they could turn their ideas into reality.

During the competition, the ASUS booth was also used for a lucky draw and a Facebook check-in campaign, and turned into a hotspot with its relaxed atmosphere. 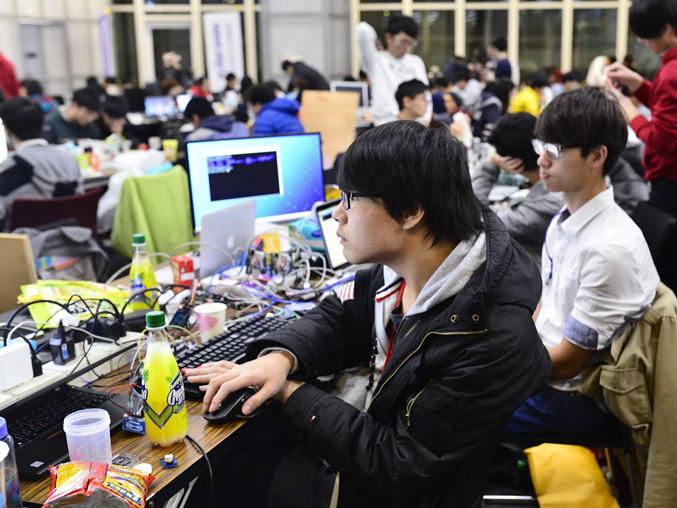 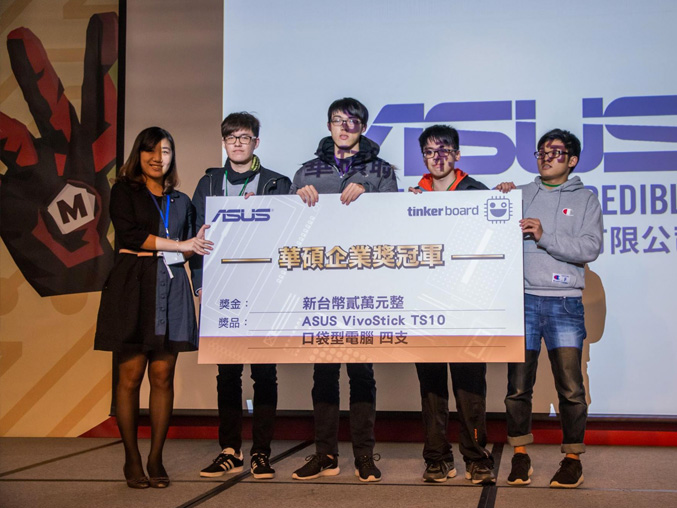 The topic for this year’s competition was Smart City. All the students had to develop products that aligned with the following themes: sustainable, livable, society and daily. The goal was to envision ways that city life can be improved in an efficient manner. Then, the students had to turn their ideas into reality, using Tinker Board to demonstrate how a blue print of the future can be implemented to create a smart city.

A large number of teams — 17 out of 50 — chose Tinker Board as their preferred device. What’s more, five out of the eight winning teams, who had the opportunity to present their innovations in front of all the competitors, used Tinker Boards. Along with the main Make NTU Makerthon 2017 prize, ASUS also presented two Enterprise Awards as a special prize for excellent teams who chose Tinker Board.

The ASUS Enterprise Awards were broken down into three categories: smart home, smart living, and smart transport. Teams had to incorporate creativity, feasibility and applicability for a chance to win. The level of creativity shown by the final products amazed the judges. It took much debating to pick the final winners: the smart helmet and the smart refrigerator projects. More details will be revealed in the next blog post. Stay tuned.